Here you can discuss anything froth related that does not fit into another forum, or indeed any nonsense that should enter your head.

I made the mistake of ordering from them in late November 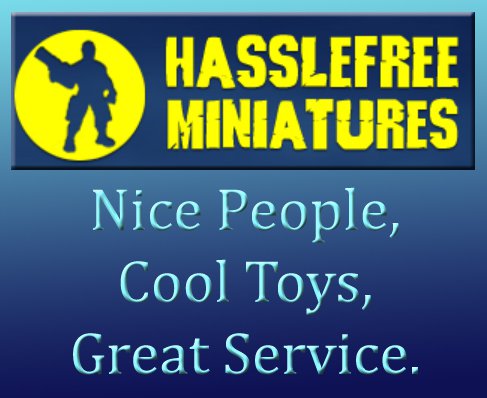 Isn't there a time limit on paypal disputes? I'm not too sure there, because paypal and ebay are always changing the rules to suit them. It may be too late if you leave it that long.

So, HF are still having problems then? I wonder what the source of these problems are.

Hermit wrote:Isn't there a time limit on paypal disputes? I'm not too sure there, because paypal and ebay are always changing the rules to suit them.

***Sob, sob*** The internet doesn't conform to my idea of how it should work.

I've had my own problems with the principals, always eventually straightened out. But if you are complaining about a one month delay during the holiday season, you are in the wrong hobby.
C.P.C.B.

I dunno about that. I've dealt with some niche hobby suppliers recently, and I have had great turnaround time with custom-made non-stock wool shirts and felt campaign hats. Assuming they aren't sculpting each mini out of a block of lead, there is no good excuse for significant delays, especially if items are already in stock.

HF does much work in resin these days and who said anything about being in stock? One month is not significant - I remember the old days "allow 4 to 6 weeks".
C.P.C.B.

Hermit wrote:***Sob, sob*** I split my cheeks for anyone.

Hew Johns wrote:But if you are complaining about a one month delay during the holiday season, you are in the wrong hobby.

My first post was typical me, very bullet pointed and actually misleading!

What I was complaining about was the lack of updates and/or communications, not the actual delivery of items

As of today, I have not received the items or any replies to my emails. I did message HF via Facebook (I do not actively use Facebook, so I even had to log-in!), and got a quick but “curt” reply, acknowledging my order but referencing me to their website update of 3rd December!

Since then HF have updated their website again (18th December), saying they are closed for new orders but are working on the backlog of orders!

When I ordered, I was aware of a possible two week delay, but now it is four weeks, and late for Christmas (a few items were stocking fillers for my kids, not a big issue as they did not know they were getting them, but still disappointing for me!)

I have ordered from HF in the past, and never had issues; it appears to be the new Black and White organisation that is the issue!

I don’t believe that in 2018, a delivery from an internet order within four weeks is asking too much! If there are reasons for delays, surely an email of explanation is not too much to ask for (not everyone keeps looking at the HF website or Facebook for updates, I do now!)?

Hew Johns wrote:HF does much work in resin these days and who said anything about being in stock? One month is not significant - I remember the old days "allow 4 to 6 weeks".

The HF website only allows ordering of "in stock" items, and the items I ordered were all white metal in stock items.

The old days of mail-order (postal) were generally to allow 28 days for delivery, and yes, I am old enough to remember them!

Still, I assume the items will arrive in the New Year. If not, then I will not lose money as PayPal will resolve any issue (180 days to file a claim), I just won’t receive some small white metal miniatures, that I will probably never get around to painting anyway!

Compared to which - late on Saturday I bought two D&D minis from Philoverkill on eBay. Shipped Monday and Arrived wednesday.

Return to The Froth Pot

Users browsing this forum: No registered users and 55 guests