After a long hiatus, the 28mm mostly Warlord Games plastic and metal figures have crawled blinking into the light again for a 3-game 1-day competition held in glorious rural Oxfordshire, on the edges of the King's Civil War Capital. 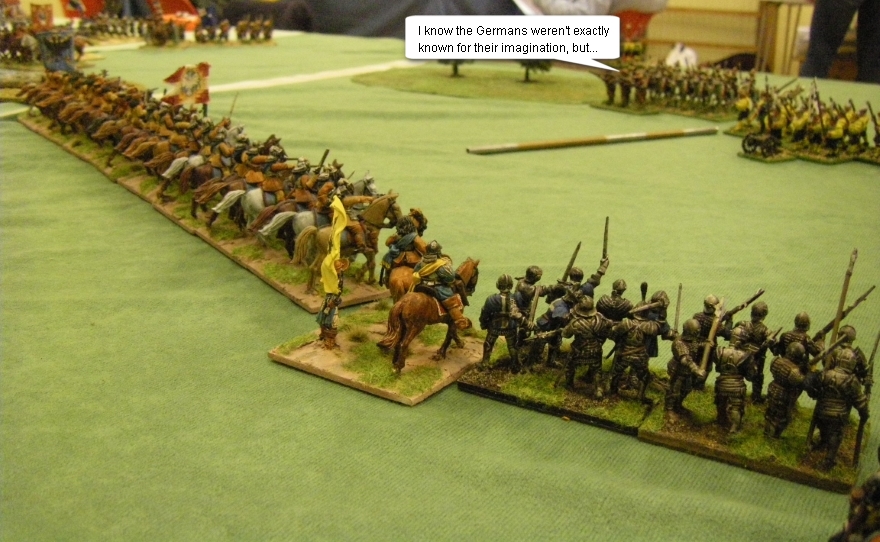 The TYW Germans - chosen because they have the nicest flags, as well as some little gunnes - take on the Swedes, the New Model Army and the French in three large format, widescreen big battle reports under FoG:R rules. 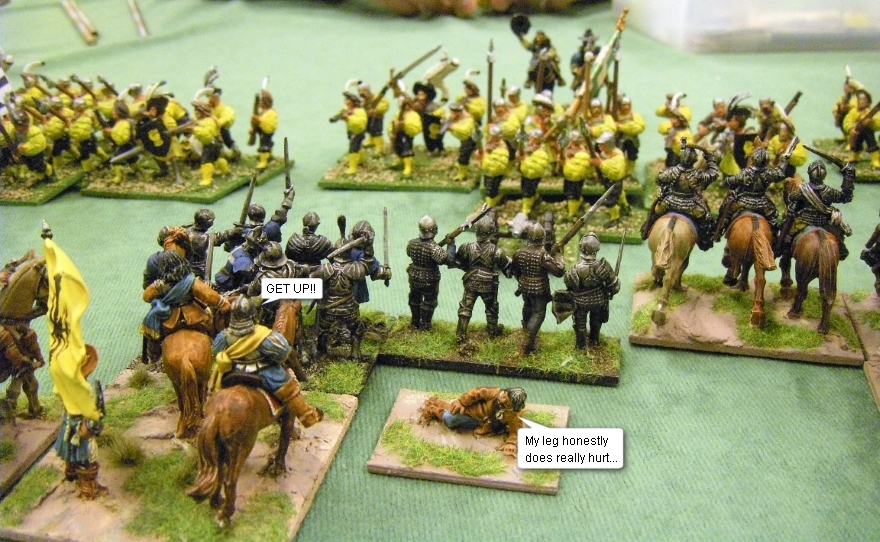 Be amazed how efficiently they progress through good planning and superior technology, and puzzle as to how Wallenstein and Tilly both end up on the same side in the same army as I deploy simply the nicest figures I can find and try and pretend there is a plan behind it. 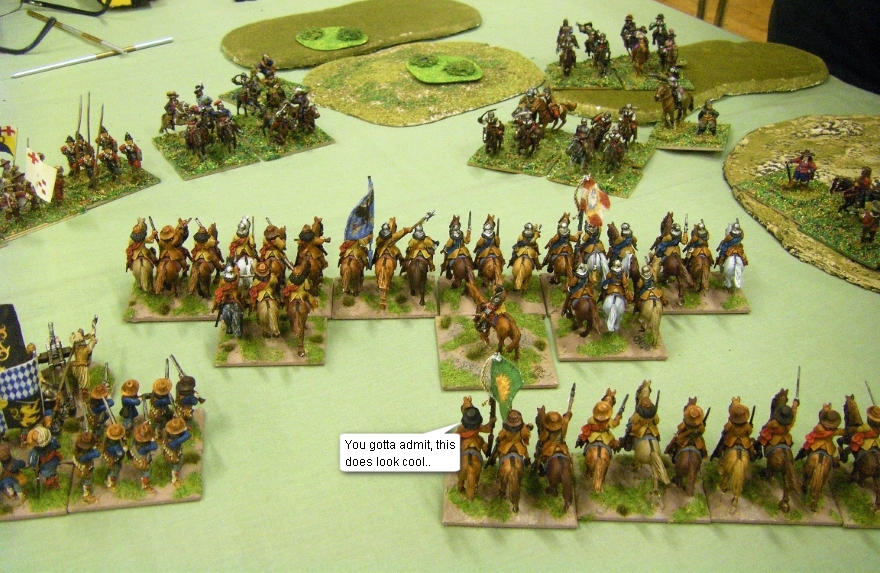 There are three reports, complete with the full gamut of Germanic expressions of amazement and horror, lots of photos, ridiculous captions and a full set of post-game analyses from Renaissance Hannibal himself.

Get back to the 16th Century today with these 3 FoGR reports! 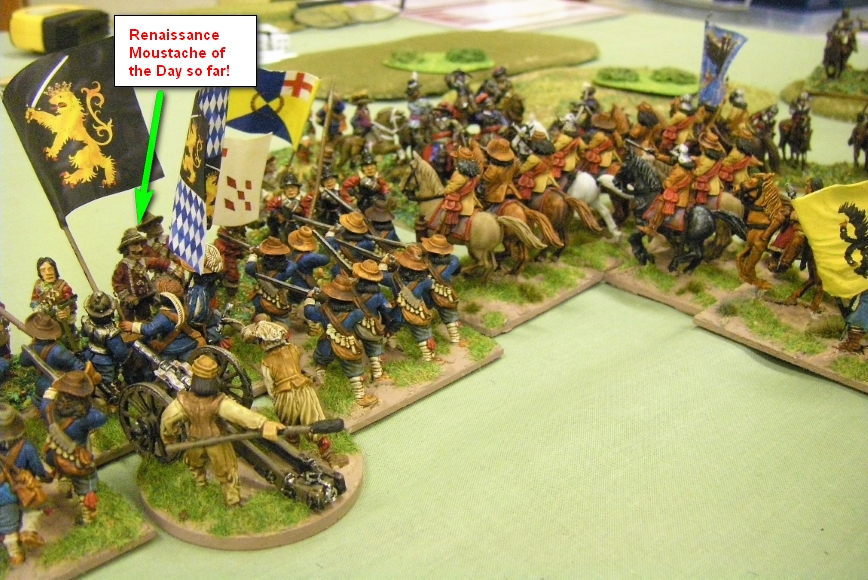 Your reports are certainly worth reading!
I Froth because I care about miniatures.

I confess to being confused by the presence of the mediaeval unit in the middle of the TYW.

I mean I don't mind, I have no problem with using any figures standing in for others if needs be, but wtf are they masquerading as?
Are they German equivalents of Arthur's knights sleeping beneath the earth until great danger awakens them? And why now/then?

Bronshtein wrote:I confess to being confused by the presence of the mediaeval unit in the middle of the TYW.

I mean I don't mind, I have no problem with using any figures standing in for others if needs be, but wtf are they masquerading as?
Are they German equivalents of Arthur's knights sleeping beneath the earth until great danger awakens them? And why now/then?

Theres a unit in the FoGR TYW German list which is classed as Heavy Armoured Swordsmen, who's role was supposedly somewhat akin to the sword & buckler men who were part of the Spanish Colunela and Tercio formations..but presumably more well armoured - but even so, the whole concept was already pretty anachronistic by the time of the TYW.

I'd never seen them used by anyone at all in any previous FoGR event, a Google search doesn't even seem to cough up any idea or reference to them never mind any pictures, and I happened to have some medieval heavily armoured sword/halberd armed figures who hadn't yet had a proper run out in a more approriate army. So... putting that all together I therefore decided to take a bit of a liberty to put some anachronistic Perry figures on table to represent a historically anachronistic unit that no-one has any images of, or idea what it looked like.

It was a bit cheesy I admit, bit given that one of my opponents was also using GW Empire figures as TYW Swedes, and another had 2 Swiss Kiels with no pikes, all things considered I didn't even feel all that dirty about it in the end.
www.madaxeman.com

Ah, that explains everything

I confess to never having heard of sword and buckler types in the TYW, but that proves nothing!
If it's in the lists...

As for the Swedes - I did wonder what was going on there as well, but...

The sword guys didn't do very well either FWIW - I think there may be a role for them as cheap "rear support" units (being only 4 bases), with the added bonus that they count ++ if they can engineer a way to move up to the front line at some point and form an overlap to an existing melee. But it is very corner case...
www.madaxeman.com

It would have been so nice if they had just cut a swathe through everything.

Nothing like a little anachronism to spice things up.

Works in both directions, too, so I'll be looking forward to this: