I hav rit a buk

Works of literature worth frothing over (or avoiding like the pox).

I hav rit a buk

- don't worry though, used a spellchecker afterwards and everything. Here comes some tl/dr...

Anyway. Based on pbm games we used to run when Fenris Games was young (us too), in a weird little alternate universe - let's get it out of the way, there are anthropomorphised animals involved, though not exclusively. Before you run for the hills in fear of furries though, it's not that sorta thing - think Disney instead of dodgy, though a bit more grim. Or in this case, Brumm. 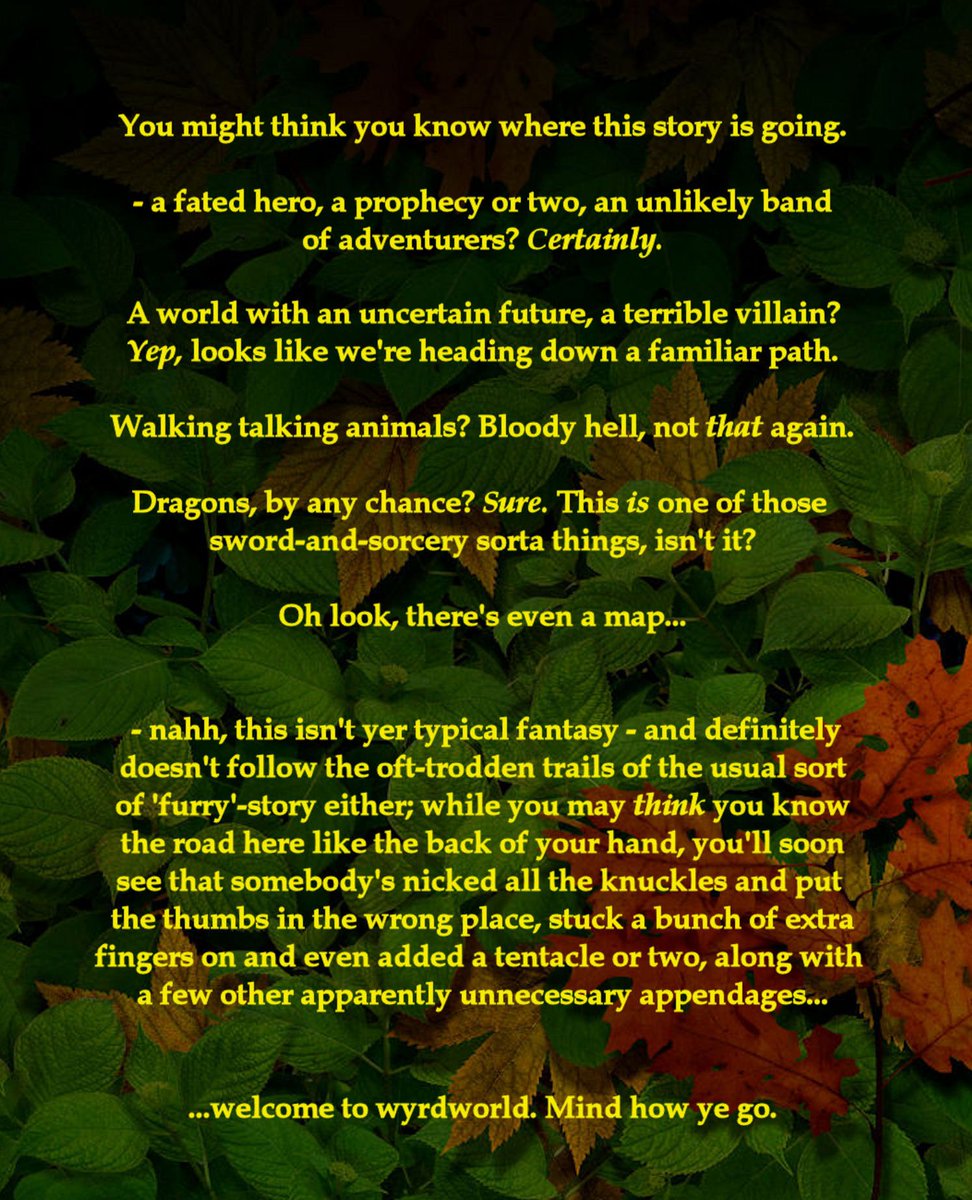 It's a world with a slightly Viking-like mythology (though only a little bit), which is underscored by more of a Celtic one, a Mother Earth or Triple Goddess kind of a thing (Blodeuwedd, Danu, and that lot) - and then edited by a character who doesn't believe in that sort of stuff - although he's happy enough to let the stories sit as they are.

Treads a lot of familiar fantasy grounds, but kinda recognises that it does, and is occasionally more than happy to tramp all over the expectations thereof. Whatevs, as the kids these days are saying.

Meanwhile it's a weird kinda multi-authored affair: dragged our geronimo into it as an unwitting co-writer by way of using several bits and pieces from the magazine-thing we used to write for the wyrdworld game way back when - inserted into the story as occasional interrruptions to the course of things - as articles, journal-entries or what have you from various in-game characters, in a fashion directly 'borrowed' from Mary Shelley's Frankenstein. I've likewise made use of at least a couple of characters as envisaged by some of our players at the time; the idea being that if the thing ends up actually making any sort of sizeable sales, I'll fling out a few royalty-style percentage-payments if/where applicable. 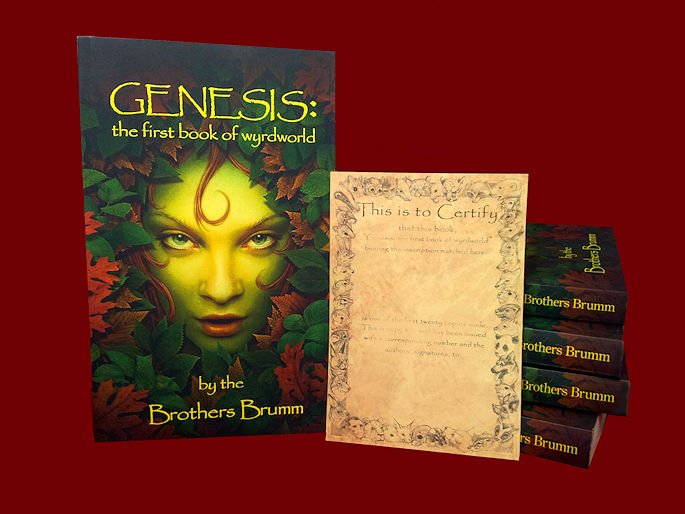 - or it's otherwise lurking around on Amazon in print and kindle versions (not yet linked together, but here's at least one of 'em: http://www.amazon.co.uk/GENESIS-first-wyrdworld-Brothers-Brumm/dp/1522761853/ref=sr_1_1?ie=UTF8&qid=1455475970&sr=8-1&keywords=brothers+brumm)- free with kindle if you're on the unlimited thing.

So that's that - about five years' worth of hour-before bed and half-hour lunch breaks, and at least 60 read-throughs for editing and improvements - and still of course spotted some iffy bits almost as soon as I'd submitted it for final publishing. Hohum.

Best of luck with it, Jo.

Will it be available anywhere else for those that get all ranty about Amazon?

- yeah, apparently it's got to settle into the system but then it'll be (in theory) available in bookshops, through other online sellers, and apparently I've gotta set up a 'createspace' storefront for it as well...
...I am the thing that darkness fears...

broney wrote:You weren't there man! How many stiles are there on the Offa's Dyke Walk? You don't know Man!

...I am the thing that darkness fears...

Yes, good luck indeed. I'll be ordering a copy.
When I die I want the Arsenal players to lower me into my grave so they can let me down one last time.

couple of unofficial 'reviews-so-far' by the folks who've got one already say it's 'a good read' and 'funny' (dunno about that :p ) - mainly I'm pleased it makes sense to somebody other than meself...

I just get "This title is intended for a specific audience and requires a password to view" and a prompt box for a password.
Stuttering guns pounding ever nearer
Pounding faster than a heart in fever

- yep, sounds about right. Lots of further forum-searching finally revealed that for people to use that store at all, they have to have an account with createspace, which makes it kind of a long way round. Plus none of the free shipping or other Amazon- type extras. Pfft. Seems that the choice otherwise is the as and when (/if) the book gets into the grander scheme of things with other online bookshops and whatnot. Hohum...
...I am the thing that darkness fears...

Users browsing this forum: No registered users and 0 guests