Masters of the Universe

The place for straight-talking on painting techniques, supplies, and other mini-painting topics. Link to your paintjobs here, if you want to know what we *really* think!

Re: Masters of the Universe

She-Ra is Prince Adam/He-Man's twin sister, who leads the group of freedom fighters known as the Great Rebellion in the fight to free Etheria from the rule of Hordak and the Evil Horde. Wielding the twin sword to He-Man's Sword of Power, the Sword of Protection, she is He-Man's female counterpart in every way.

Like her brother, she was born on the planet Eternia to King Randor and Queen Marlena, as Princess Adora. Unlike her brother, she was kidnapped at birth by Hordak and taken to Etheria, where she grew up and served as a mind-controlled Horde Force Captain before He-Man learned of her existence and brought the Sword of Protection to her. While she was briefly reunited with her parents on Eternia, She-Ra decided to return to Etheria and lead the Great Rebellion against Hordak. 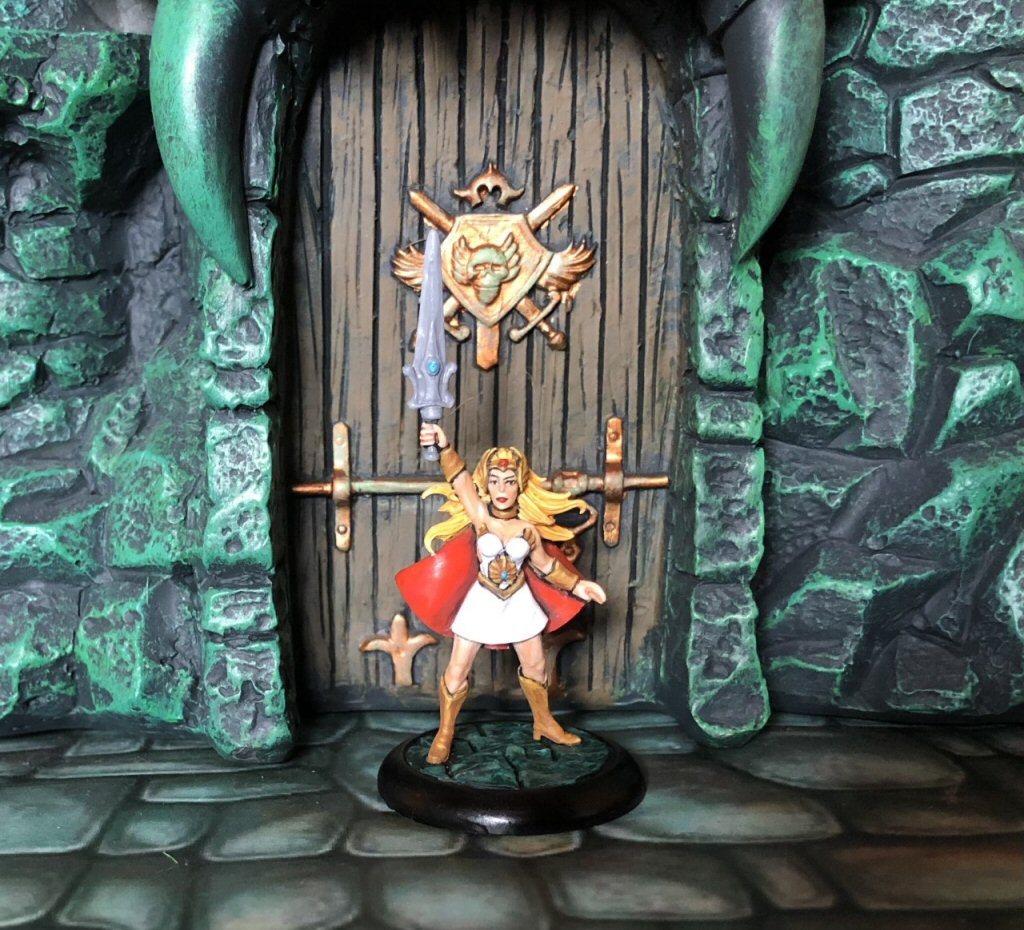 Fabulous secret powers were revealed to me the day I held aloft my magic sword and said... By the power of Grayskull! 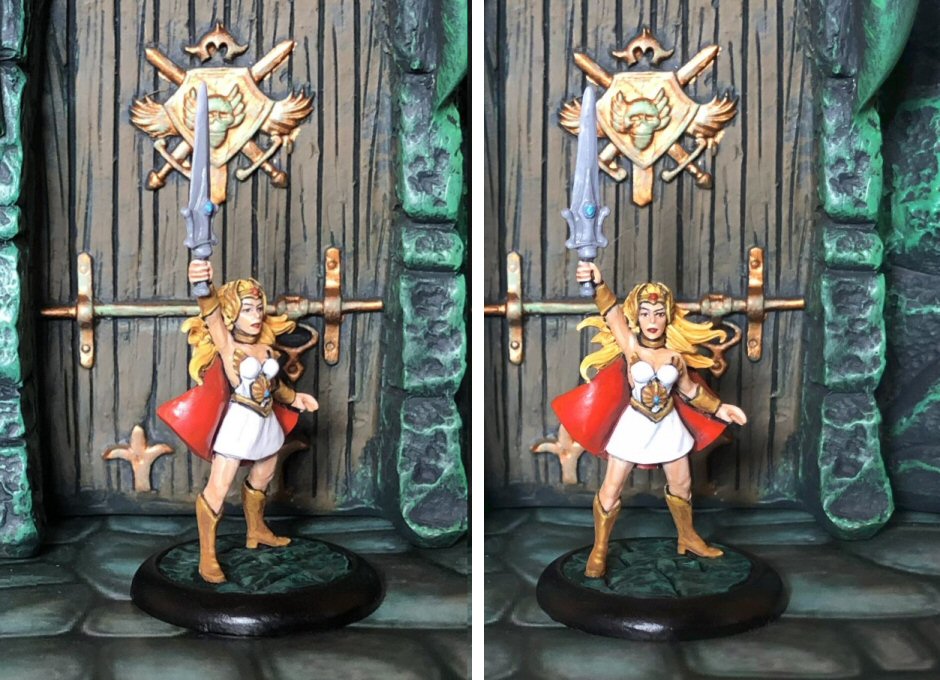 It's been a while since I painted 30mm figures and I was struggling a lot. I'm afraid my painting didn't do justice to the excellent model, which is another limited run resin tribute figure. I also decided to switch my Great Rebellion base colour over to the standard Heroic Warriors green bases as they aren't really a separate faction in the strict sense like the various Evil factions that are just as likely to fight each other instead of the good guys. 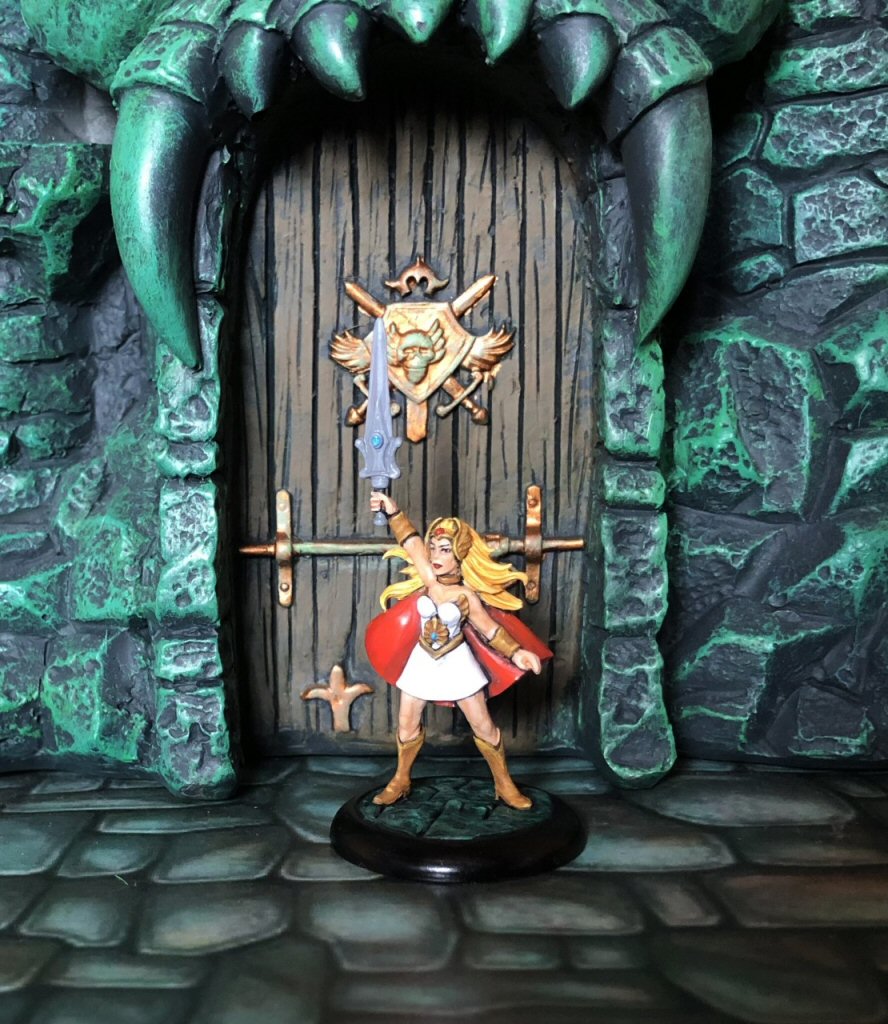 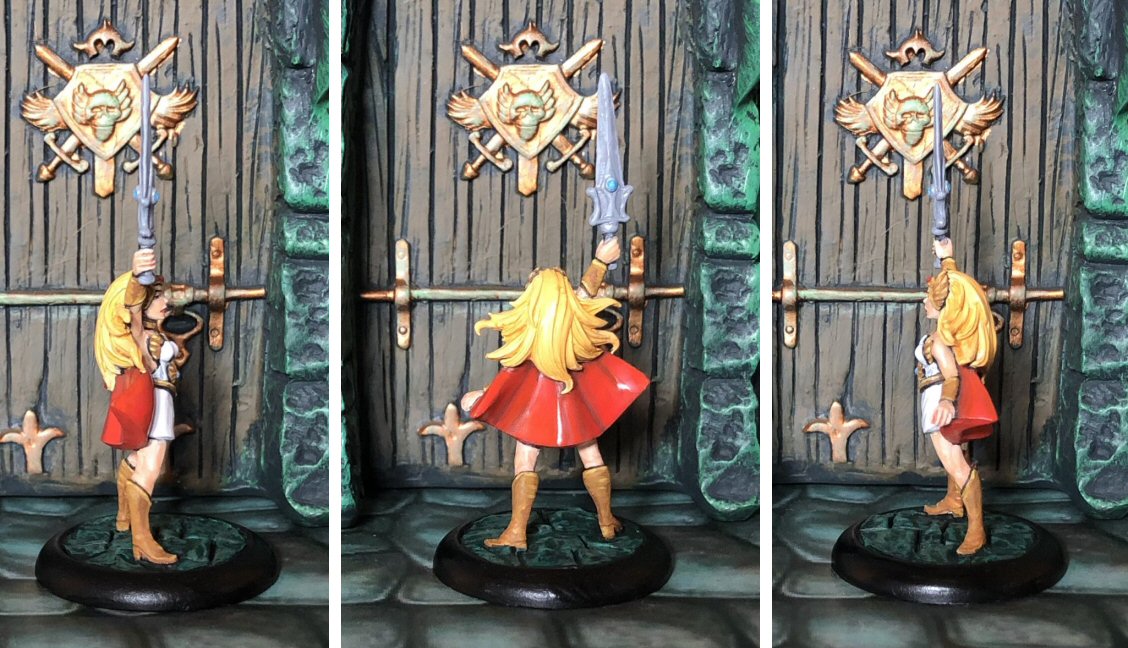 My very limited progress on the Great Rebellion so far. I need to paint up a few more figures for them: 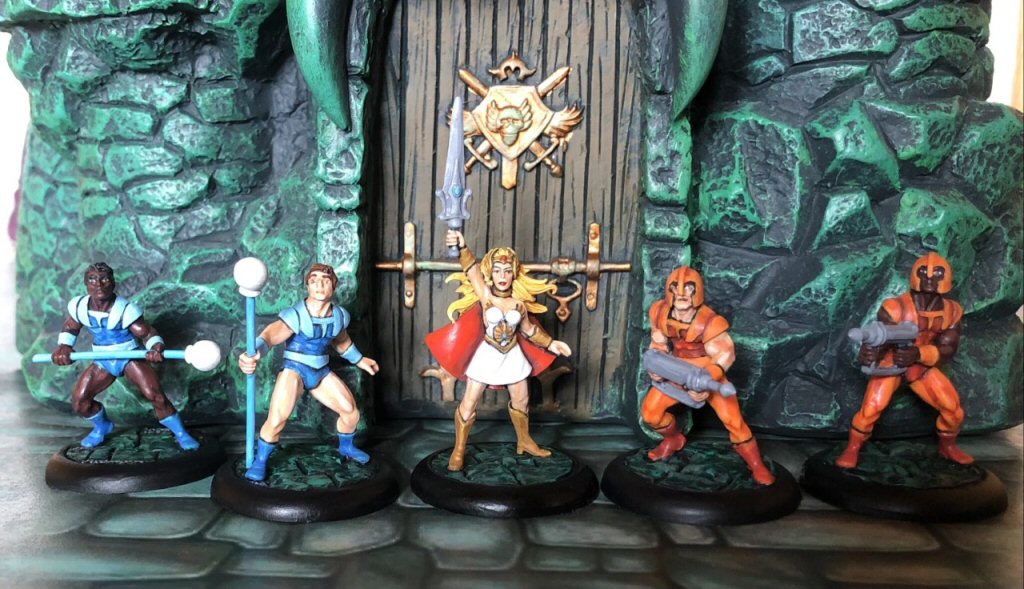 Defending Castle Grayskull from Hordak and his Imp: 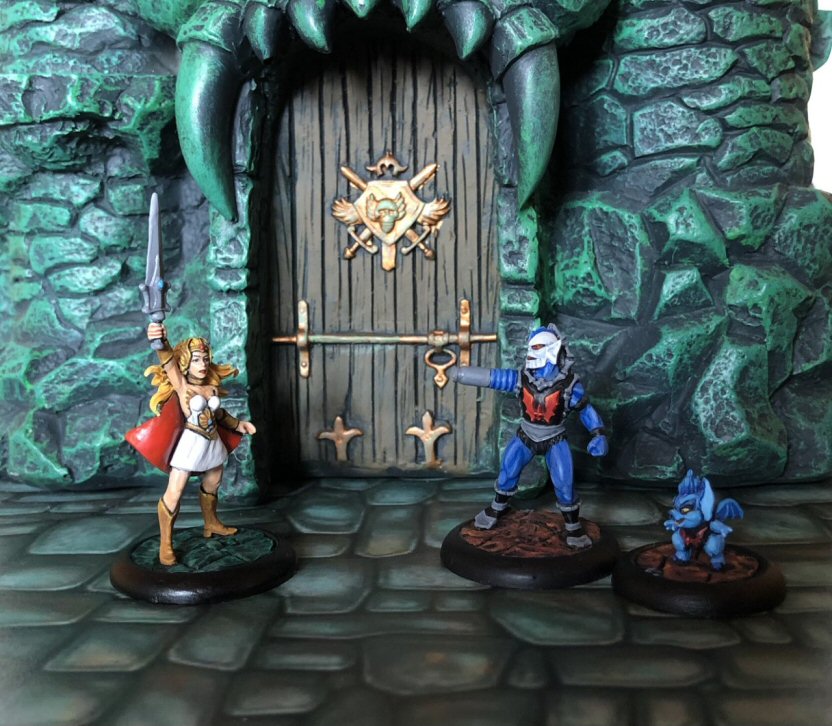 The twins. I do have another He-Man model waiting to be painted in the sword held aloft pose, which will be a better pairing for pictures: 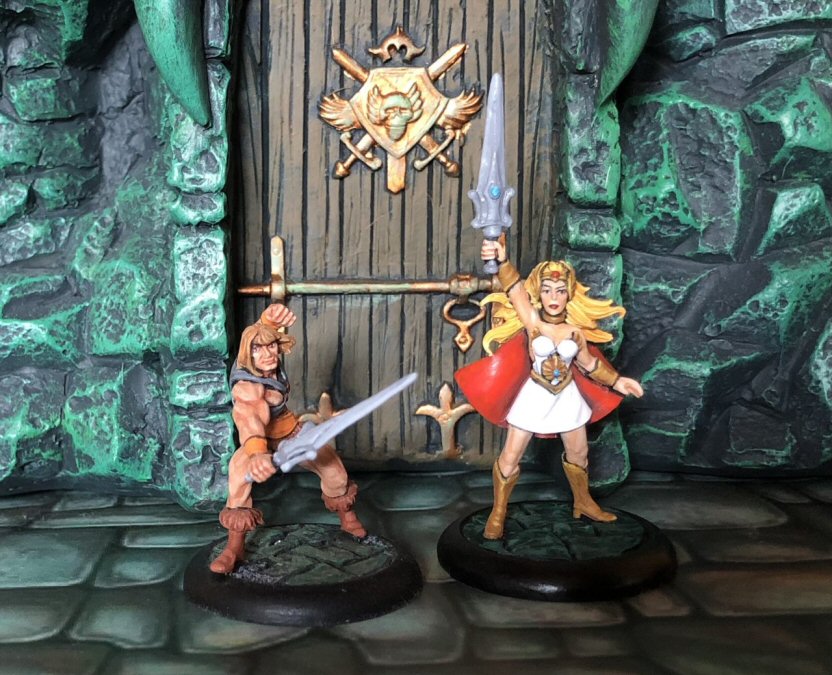 Users browsing this forum: No registered users and 10 guests