The second full set of post-Lockdown match reports hit the South Coast this time in 5 games of Egypto-Greek linear nonsense as a lockdown-repainted set of Hoplites meets some lockdown-rebased Egyptians to cobble together a podcast-busting Saitic Egyptian army to take on all comers in a Greek & Roman World themed event. 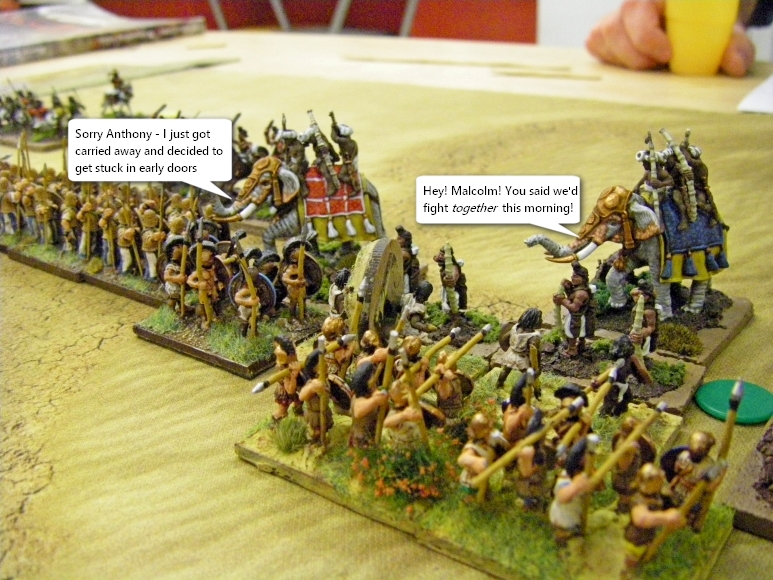 Marvel as possibly the most one-dimensional army to hit the table in years attempts to outfox, out play but much more often simply outlast its varied opponents as they take on the Graeco-Indians, Seleucids, Late Romans, Ch'in Chinese and Classical Indians in these 5 ADLG match reports. 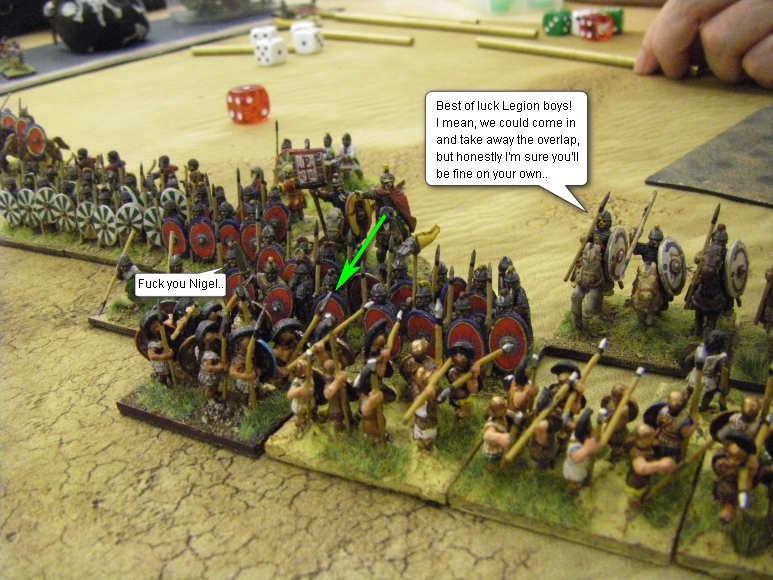 As usual they feature all of the nonsense you have by now grown to expect, including comments on local wildlife, restaurant reviews, beer analysis, very bad puns, randomly generated Egyptian curses, priapic wooden war wagons, a smattering of Greek and Egypto-Arabic swearwords and buckets of pictures with somewhat inappropriate captions and speech bubbles. 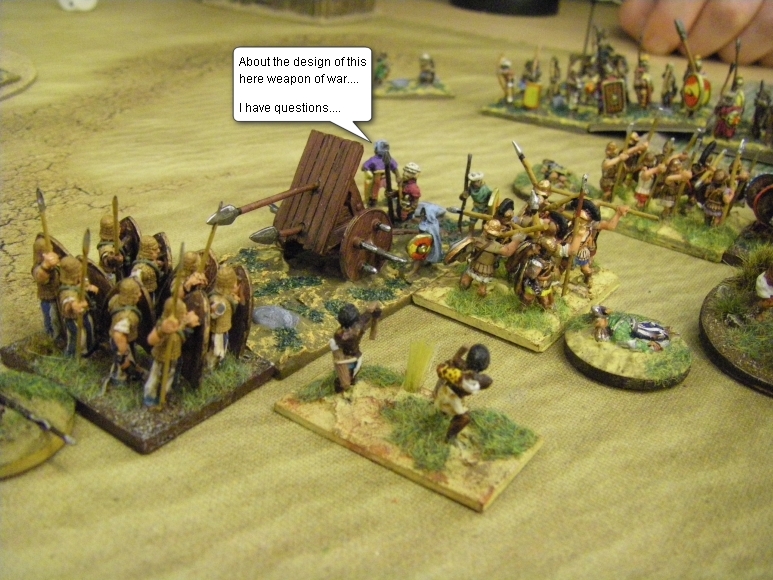 The reports are online and available to peruse now!

Re: 15mm Saitic Egyptians in action on Madaxeman

Those match reports are a jolly good read!

I Froth because I care about miniatures.

Users browsing this forum: No registered users and 2 guests